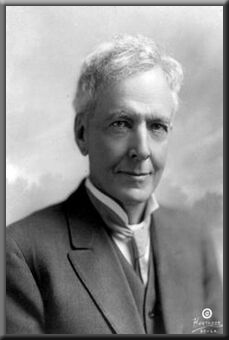 Our school was named after Luther A. Burbank, who was born in 1849 and died in 1926. His inventiveness and creative nature made him a close friend of Henry Ford and Thomas Edison.

Luther Burbank was an American botanist, horticulturist and pioneer in agricultural science. He developed more than 800 strains and varieties of plants over his 55-year career. Burbank created hundreds of new varieties of fruits such as plums, pears, prunes, peaches, blackberries, and raspberries.

The Russet Burbank potato has become the world's predominant potato in food processing, especially at McDonald's.
So when you order french fries at McDonald's, you can thank Luther Burbank! 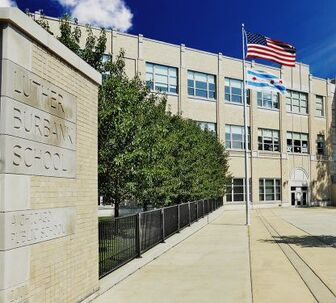 Construction was started on May 22, 1929, on a new school located at 2035 North Mobile Avenue. The portable school houses at Armitage, Dickens, Melvina, and Mobile and those at the Burbank Branch at  Belden and Nagle were combined with this school. It was built to accommodate grades kindergarten through Junior High School.

The opening of the new school was authorized on November 13, 1928 the boundaries of the Junior High School were established on December 18, 1928, and the school formerly opened in January 1930.

A modern, twelve million dollar addition was added to the original building to relieve overcrowding. It was opened in September, 2001.

Many hard-working Mexican families have moved in to the Burbank community. They are very proud of their homes and their children and strongly support the schools programs and activities.

The principals of the school were as follows:

Luther Burbank has a beautiful campus consisting of eight acres partially landscaped with a variety of trees and bushes. It was built on one of the highest points in Chicago. There is an equipped playground, a large, sodded athletic field and a loading dock for deliveries. There is a large parking lot and parking across Mobile Avenue.

Mobile Avenue is a dead-end street to the south of the school and ends at the Milwaukee Road/Metra railroad which is safely barricaded by a cyclone fence. Metra’s Galewood station is located nearby.